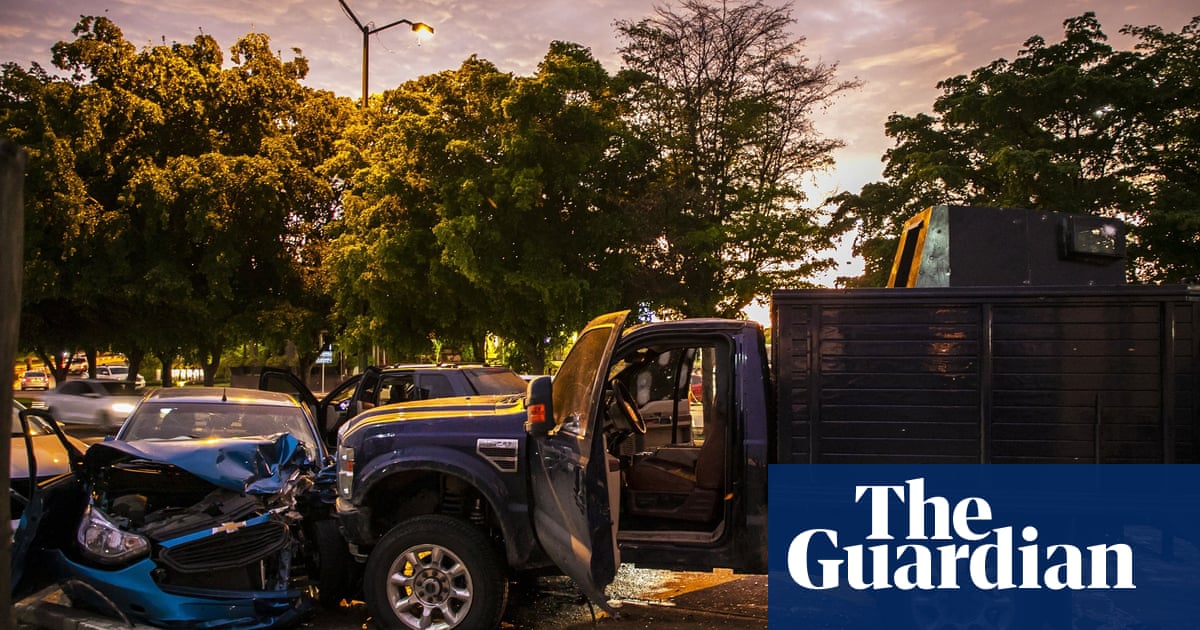 Mexicos foreign minister said on Saturday that the president, Andrs Manuel Lpez Obrador, and Donald Trump had agreed to take swift action to stem the flow of illegal weapons from the US into Mexico.

The two leaders spoke in the wake of a failed attempt by Mexican authorities to arrest the son of the drug lord Joaqun El Chapo Guzmn, which prompted a wave of violence in the north-western city of Culiacn.

Cartel gunmen surrounded about 35 police and national guard troops on Thursday in the capital of Sinaloa state and made them free Ovidio Guzmn, one of El Chapos dozen or so children.

In New York in July, Ovidio Guzmns father was sentenced to life in prison. His own brief detention at home set off widespread gun battles and a jailbreak that stunned Mexico.

Lpez Obrador told Trump in a phone call on Saturday that technology could be used to halt weapons entering Mexico, to which Trump responded that it was a good idea, the Mexican foreign minister, Marcelo Ebrard, told reporters.

The two leaders agreed that US and Mexican officials would meet in the next few days to discuss options, and would announce actions to freeze illegal imports of weapons into Mexico through US border crossings.

The government operation in Culiacn was abandoned.

If the order would have been given to continue with the operation in Culiacn, we estimate that more than 200 people, mostly civilians, would have been killed, said Ebrard, adding that so-called collateral damage was unacceptable to the Mexican government.

The chaos in Culiacn, a bastion of the elder Guzmns Sinaloa cartel, has turned up pressure on Lpez Obrador, who took office in December promising to pacify a country weary of more than a decade of gang violence.