Political polarisation over climate crisis has surged under Trump 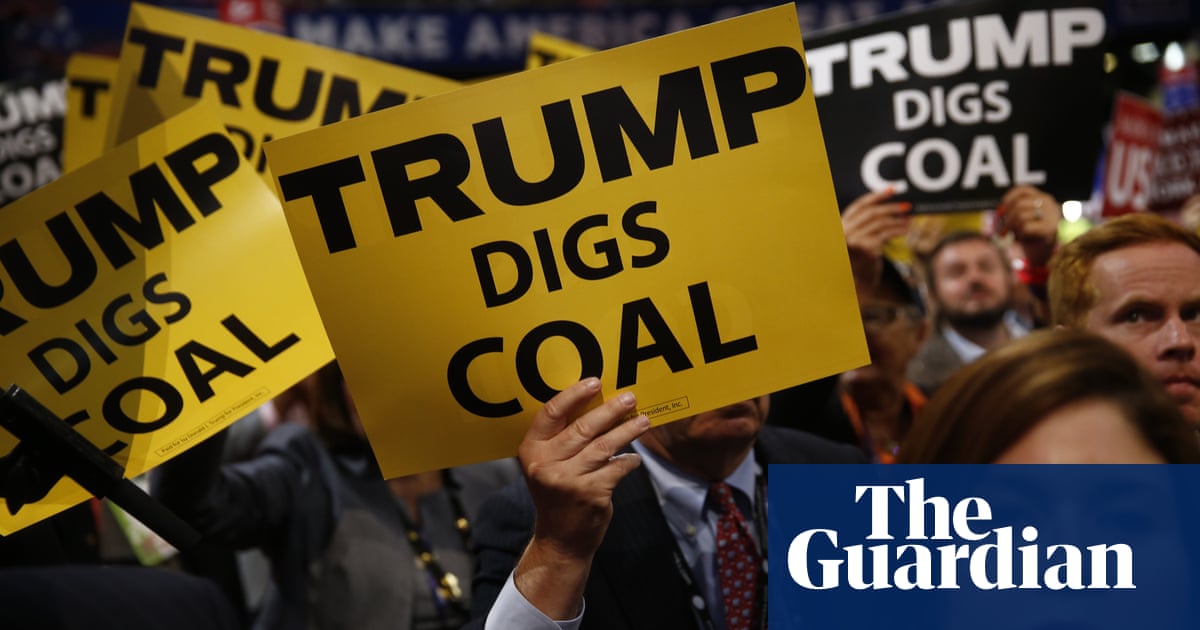 Donald Trumps presidency has ushered in an era of unprecedented polarisation between Republican and Democrat lawmakers when it comes to voting on measures to tackle the climate crisis, while the fossil fuel industry now almost entirely favours Republicans in campaign contributions.

The two main US political parties regularly voted along the same lines on clean air and clean water provisions in the 1970s but started to diverge in the 1990s. They now occupy opposite ends of the spectrum, according to data collated by the nonpartisan group the League of Conservation Voters (LCV).

Amid Trumps zeal for environmental deregulation and an unfolding climate crisis that is now more divisive than abortion for many Americans, this polarisation is at record levels.

Since Trumps election, Democrats across Congress have voted for pro-environment legislation 92% of the time on average, compared with 5% for Republicans, according to an analysis by LCV.

The average scores between parties used to be much closer with a lot of variation depending on regionalism, said Sara Chieffo, vice-president of government affairs at LCV, which uses a panel of about 20 conservation organisations to score key votes on issues such as global heating, fossil fuel production on public lands and wildlife conservation. Now its hyper-partisan. From 2010 it really accelerated and now we see that the difference has really ballooned.

As recently as George HW Bushs presidency, Republicans in Congress were voting for environmental protections about one-third of the time on average. That support rapidly ebbed and has virtually vanished under Trump.

Meanwhile, Democrats, steered by a base that increasingly sees the climate crisis as an urgent priority, have become far more pro-environment in their voting.

The divide has been exacerbated by funding from the fossil fuel industry, which now firmly backs Republicans.

Data collected by the transparency group OpenSecrets shows donations from oil and gas interests were split relatively evenly between the parties until the 2000s. By the 2018 election cycle, 87% of industry contributions went to Republicans, with the proportion in the 2020 cycle, which is yet to be completed, reaching a record 89%.

Republican lawmakers once led environmental protection in the establishment of national parks and then landmark clean air and water laws in the 1970s, before the Ronald Reagan presidency began a fundamental shift, according to Naomi Oreskes, a historian of science at Harvard University.

This was linked to a change in Republican thinking, inspired by Reagan, to see the federal government as the problem and to roll back federal regulations in a range of domains, Oreskes said. Republican leaders in the US do not merely prefer market-based solutions, they refuse even to acknowledge problems that cannot be solved by markets. Climate change is the case in point.

Environmental groups have pointed to the influence of major energy companies, which knew about the dangers of the climate crisis for decades only to fund groups that spread misinformation and denial of the problem, while backing those who helped stymie action.

This has helped create an unusual level of denial about the climate science among Republicans, compared with leading political parties in other democracies. Behind closed doors politicians will tell you they believe in climate change but they are terrified of saying that because they will get primary challenged for their position, Chieffo said.

Polling has shown that younger Republicans are more willing to accept climate science, with many worrying about the climate crisis and the partys unwillingness to address it.

The Republican party has refused to accept the severity of most environmental issues, including climate change, said Benji Backer, the president of the American Conservation Coalition, a group of conservatives who support action on the climate crisis. Instead of being for different environmental policies, many in the GOP have solely become anti-every policy.