Michelle Wolf was the big winner of the WHCD, not Trump 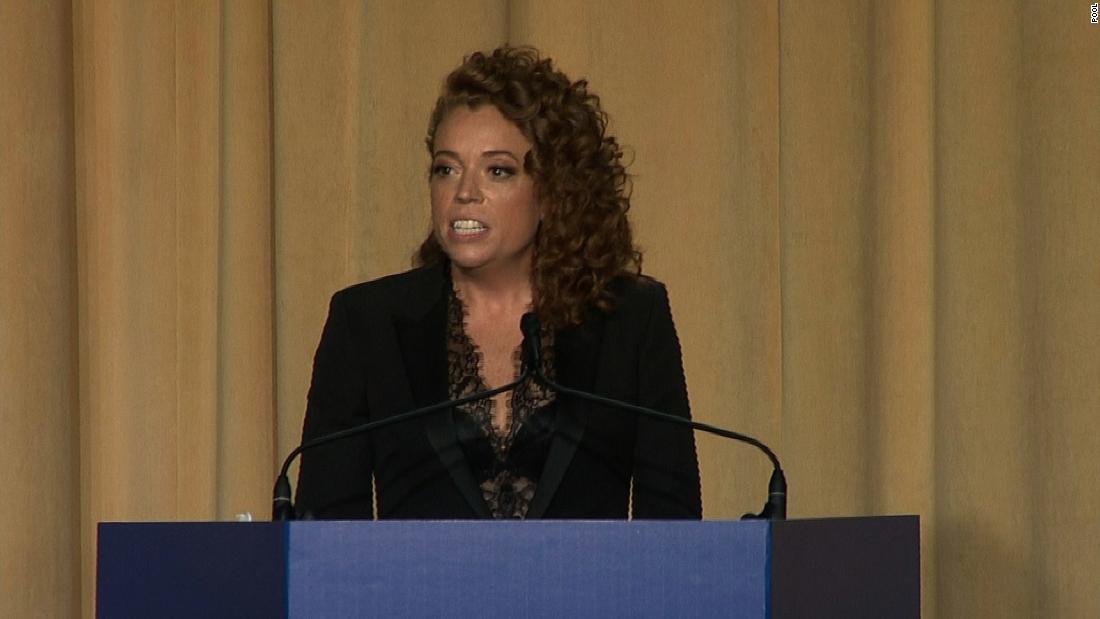 (CNN)Despite what Donald Trump and some others on the right may think, the big winner from Saturday’s White House Correspondents’ Dinner was comedian Michelle Wolf. Her performance was not just funny — it’s still grabbing headlines and will make this comedian, who is on the verge of stardom, even better known.

She did it again with this joke: “[Trump] loves white nationalists, which is a weird term for a Nazi. Calling a Nazi a white nationalist is like calling a pedophile a ‘kid friend.’ Or Harvey Weinstein a ‘ladies man.'”
Did you cringe a bit when you read those jokes? Good. That’s what political comedy needs to do, especially in the time of Trump. 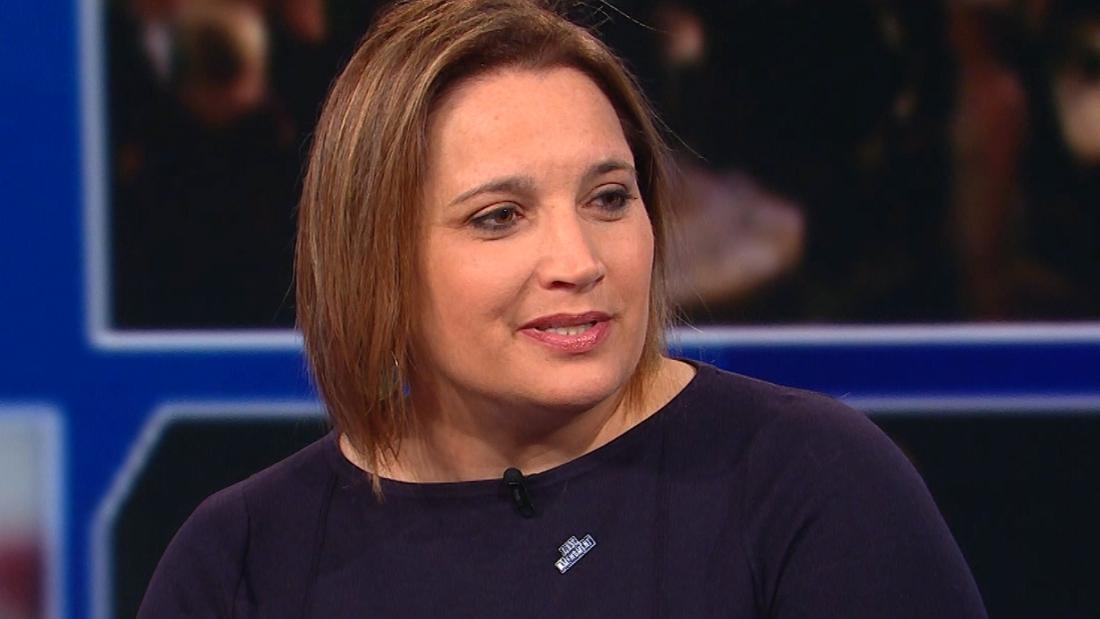 Trump didn’t attend Saturday’s dinner, for the second year in row, but instead held his own “performance” before a crowd of MAGA-hat wearing fans at a rally in Washington, Michigan. Did Trump get his share of laughs at his rally? Of course. I’m a vocal Trump critic but even I will admit that he can deliver a joke.
But come Sunday morning, there was the 71-year-old Trump on Twitter, comparing himself to the 32-year-old comedian: “While Washington, Michigan, was a big success, Washington, D.C., just didn’t work. Everyone is talking about the fact that the White House Correspondents’ Dinner was a very big, boring bust … the so-called comedian really ‘bombed.'”
Trump is truly redefining what it means to be petty and thin-skinned. What other president of the United States would actually take to Twitter to compare himself to an up and coming comedian?! For his next act, maybe Trump will claim he’s actually a better rapper than Kanye West. 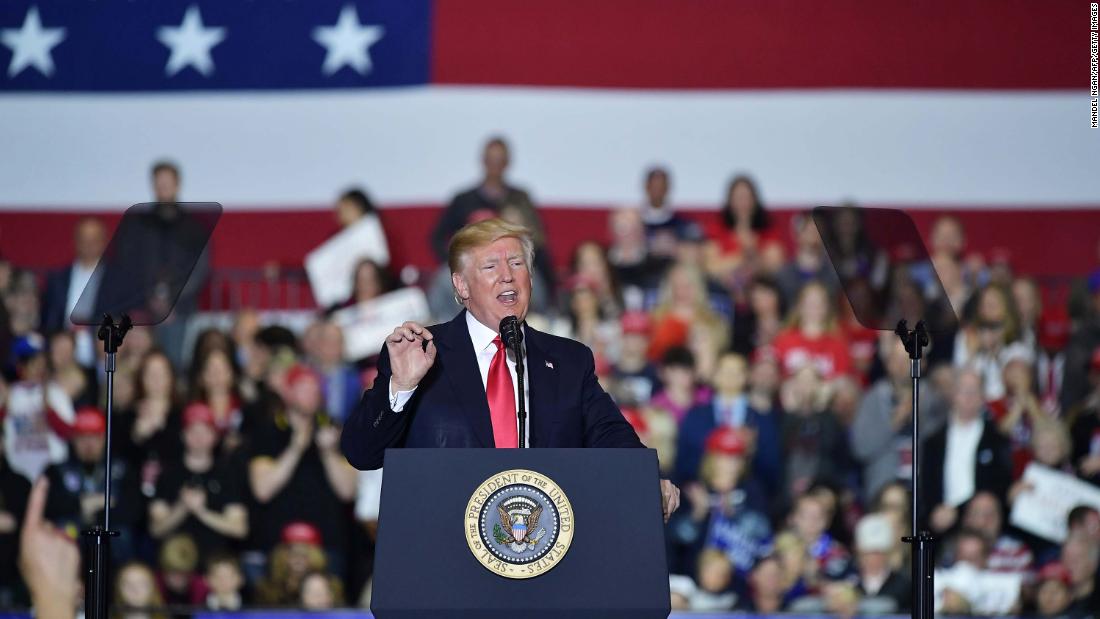 But what’s most telling is what Trump left out of his tweet about the WHCD. Since Saturday night, there’s been a backlash against Wolf for her jokes about Trump’s press secretary, Sarah Sanders, who was sitting on the same dais where Wolf was performing. Here’s an example of one of Wolf’s barbs about Sanders: “I actually really like Sarah. I think she’s very resourceful.” Wolf then joked: “She burns facts and then she uses that ash to create a perfect smoky eye. Maybe she’s born with it, maybe it’s lies. It’s probably lies.” (Keep in mind, Sanders was sent by Trump to represent his administration, which has been plagued by serving up lie after lie to the American people.)
That’s not a joke I would tell, nor do I think any male comedian could get away with it. But Wolf did.
Team Trump was outraged that Wolf dared to mock the person sent to represent the most powerful man in our nation. On Sunday morning, Mercedes Schlapp, a White House senior communications adviser who had stormed out of the WHCD with her husband in protest, commented on “Fox & Friends” that Wolf’s jokes were “so incredibly disrespectful.” 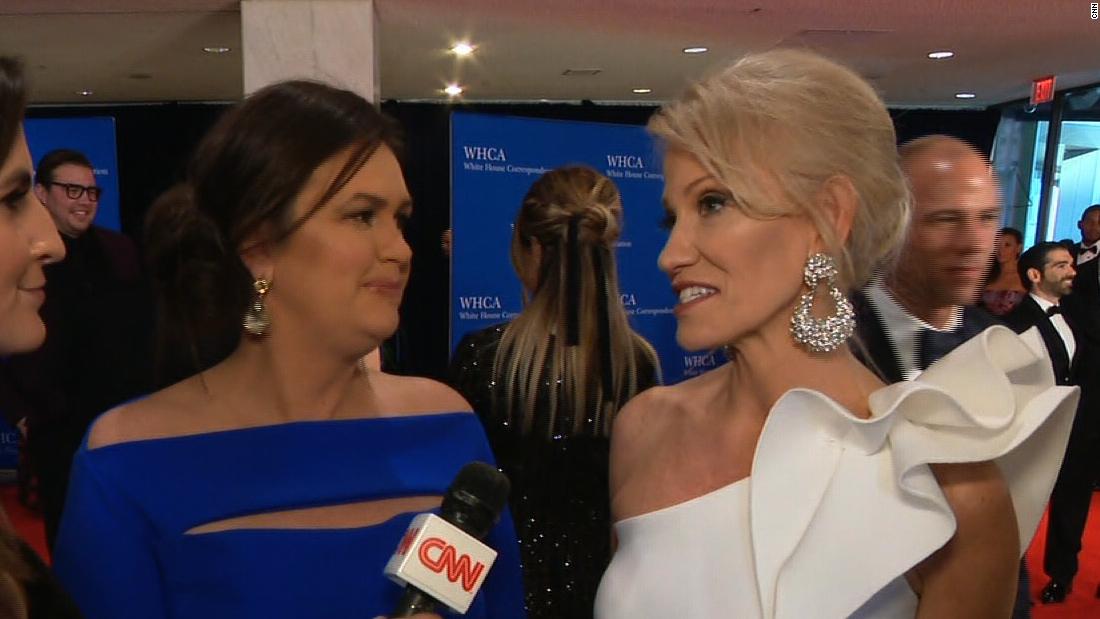 The way I see it, a person in the Trump administration saying something was “disrespectful” while defending a man who bragged on the “Access Hollywood” tape about grabbing women by the pu**y, has demonized Muslims and Mexicans and mocked a disabled reporter is truly hilarious.
Trump’s new national security adviser John Bolton — a man who has worked closely with the nation’s most vile anti-Muslim bigots — also shared his outrage with Wolf’s jokes on “Fox News Sunday,” remarking that there was “reprehensible behavior by somebody addressing the gathering.” I guess if Wolf had just called her performance “locker room talk,” the Trump supporters like Bolton would give her a pass.
Even some Trump critics like New York Times reporter Maggie Haberman expressed concern for Sanders, commending her for not walking out of the room during the barrage of jokes. In contrast, I would’ve applauded Sanders for laughing off the quips.

Despite the backlash, there was not a peep from Trump actually standing up for the person he put in the comedic line of fire. But that’s Trump. It’s always about him.
It will be interesting to see if Trump has the courage to attend next year’s WHCD. But based on how he was utterly decimated at the 2011 WHCD by comedian Seth Meyers, I doubt it. However, we can expect to see a lot more of Wolf going forward, a young woman whose future is far brighter than Trump’s.