Dont kid yourselves, Democrats. Trumps final hour is not upon us | Ian Samuel

Politics is not about being right, or virtuous. It is about power. Democrats wont have any until they appeal to the working class again, writes Ian Samuel, a professor of law 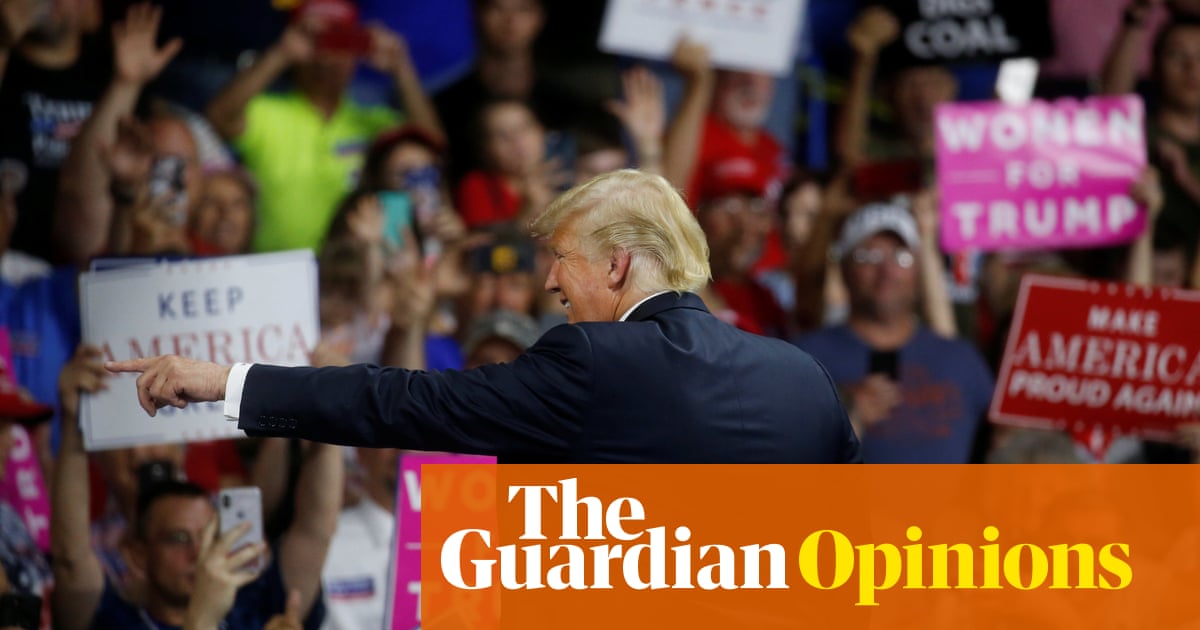 On Tuesday, Michael Cohen President Trumps longtime personal lawyer pleaded guilty in federal court to conspiring with Trump to violate the campaign finance laws in the waning days of the 2016 election, with the aim of influencing the outcome. (This testimony is corroborated by, among other things, an audio recording of the two of them discussing the conspiracy.) After a night undoubtedly spent crafting the most blistering bon mot of which he was able, the president tweeted the next morning that If anyone is looking for a good lawyer, I would strongly suggest you dont retain the services of Michael Cohen! Got em.

Cohens guilty plea, along with the conviction of Trumps former campaign manager Paul Manafort of unrelated tax and fraud crimes, have undoubtedly left some thinking that the net is finally closing around Trump, and that the global nightmare of his presidency is at last entering its final hours. Surely, proof that the president was personally involved in a criminal conspiracy to violate the election laws will be the last straw, wont it?

Probably not, actually. To be clear: no one would say Tuesday was a great day for Trump. And it is absolutely satisfying on its own terms to watch as the rogues gallery of grifters and confidence men that surround the president are tossed into the clink, one by one. Washington is full of those types, in both parties, and they largely get away with it just as Cohen and Manafort surely would have, had they not had the bad fortune of having their patron elected president. And the Democrats have plenty of them: Muellers investigation has led to a criminal referral of Tony Podesta, for example, a prominent DC lobbyist and brother of John Podesta, who chaired Hillary Clintons campaign. These sorts are all loathsome and seeing them brought to justice is a sublime pleasure.

But while it is surely to the good to bag a few swamp creatures, whether it places Trumps presidency in any actual danger is a much different question. That is because (despite what you may have learned on The West Wing) politics is not about being right, or virtuous; it is about power. And to endanger Trumps grip on the presidency, these convictions would have to somehow endanger the concrete powers that keep him there.

Today, that power center is the leadership of the Republican party in Congress, who could have ushered a swift end to this presidency a long time ago if they wanted to. And I seriously doubt that anyone in the Republican party is unaware that Trump is probably a crook that has been clear since long before Michael Cohen said so. But they are comfortable with that criminality, because the president also possesses substantial natural political gifts that have placed conservatives at the levers of power. From those levers, they can cut taxes, stack the courts with young conservatives, and deregulate every industry on the planet all while Trump hoots and hollers about NFL protests and pays off former mistresses and whatever else besides. That is the price to be paid. Mitt Romney was a nice family man, but politics to repeat the point is about power. So long as Trump can help them hold it, they will protect him.

If Cohen and Manaforts convictions, and Muellers investigation more generally, are to threaten Trump, they therefore must threaten this source of his power. Will they? It is hard to imagine Trumps dedicated supporters caring much about them; it is hard, frankly, to imagine them caring if we find out Trump really did conspire with the Russians. But Trumps diehards are, and always have been, a small minority in the United States. Conversely, Cohens confession will surely rile up further everyone in the #Resistance, who will remind us all again that Hillary Warned Us. But those With Her were not enough last time, and due to the peculiarities of the midterm elections map, Democrats will have to do better than last time.

The only way out is to organize people who did not vote last time. And at the moment, the Democratic partys biggest obstacle in that task is a sense among those non-voters that the sort of grift and corruption that Cohen and Manafort have been convicted of is equally common among both parties. Their non-participation stems not from apathy but disgust with the menu. And the biggest obstacle to changing that disgust is that it is well-grounded in reality. (In addition to Tony Podesta, Muellers investigation has ensnared Barack Obamas White House counsel, Greg Craig.)

If the Democrats want to rebrand the Republicans the Party of Manafort, they will first have to wean themselves off of the trough he and his like eat out of. If they do that, they might have a chance to organize the vast working class in America that does not like Trump but does not trust the Democrats a chance, in other words, to win the kind of power that could be genuinely threatening.