Secret Service to buy Harley-Davidson, despite Trump’s support of boycotts 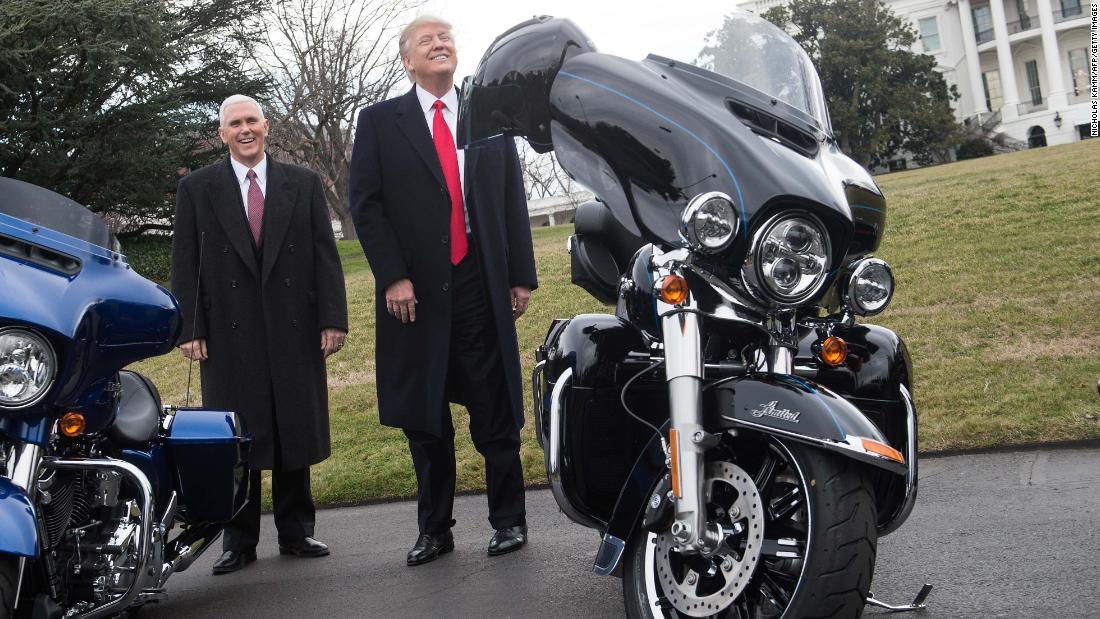 Federal Business Opportunities is a public website where federal agencies can post solicitations and request for proposals from government contractors and private companies.
Trump’s feud with Harley-Davidson began when he imposed hefty tariffs on steel and aluminum imports earlier this year in an effort to bolster domestic manufacturing. The European Union responded by pledging to raise tariffs on a list of goods that are imported from the United States, including Harley motorcycles.
Harley said it stood to lose as much as $100 million a year as a result of the tariffs and announced plans to shift some of its production abroad so it could avoid the added tariffs on motorcycles sold in the EU.
Trump said the company was using the EU tariffs as “an excuse” for moving manufacturing abroad.
“Many @harleydavidson owners plan to boycott the company if manufacturing moves overseas. Great!” he tweeted in August. “Most other companies are coming in our direction, including Harley competitors. A really bad move! U.S. will soon have a level playing field, or better.”
In its justification for purchasing a Harley-Davidson instead of a motorcycle from another company, the Secret Service said it already has technicians who are trained to work on Harleys, and sidecars that fit Harleys.
“Any other motorcycles would require additional training of staff,” the justification for noncompetitive procurement form states. It said purchasing a different type of motorcycle would require buying additional sidecars, which could cost “thousands of dollars.”
The forms explain that the purchase is to replace older motorcycles “of the same make and model that have excessive mileage and are outside a standard replacement cycle.”
The Secret Service noted that the Metropolitan Police Department and the US Park Police also use Harley-Davidsons.
When asked about the decision to purchase a new Harley, Secret Service spokesperson Mason Brayman referred CNN to the justification and did not have any additional comment.
The White House and Harley-Davidson did not respond to CNN’s requests for comment at the time of publication.