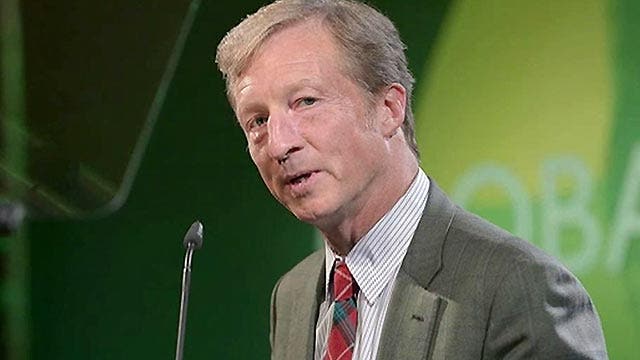 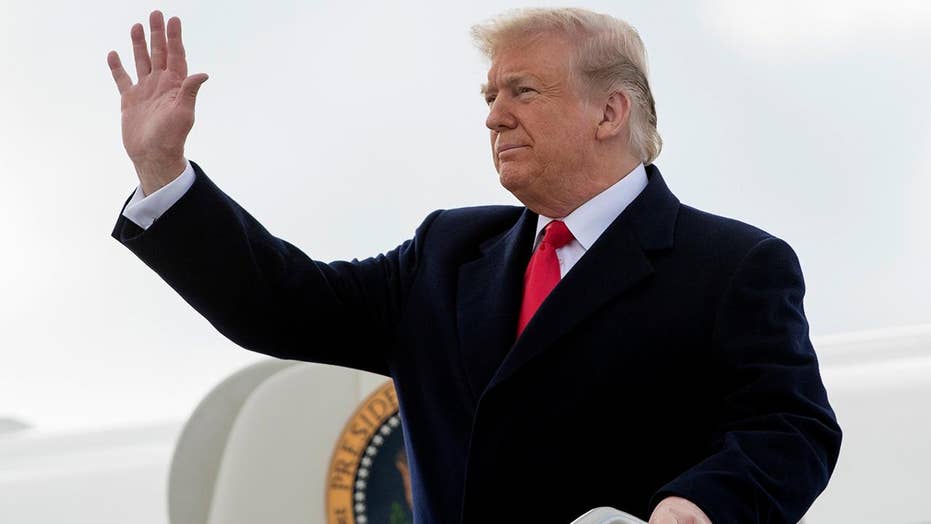 Tom Steyer, seen here, said: “If you look across the political scene, what you see is routine, systematic lawlessness. … We see it in a president who has been breaking the law systematically.” (AP Photo/Richard Drew, File)

Steyer not only appeared to implicate the president’s rhetoric in the explosive devices allegedly mailed by Trump supporter Cesar Sayoc to top liberal figures, but also in the deadly mass shooting by gunman Robert Gregory Bowers at a synagogue on Saturday. Bowers regularly posted anti-Trump and anti-Semitic comments on social media.

“I think his response to the tragedy [Saturday] was appropriate, but there’s something much bigger than that going on here, which is the atmosphere that he’s created — and that the Republican Party has created — in terms of political violence,” Steyer said. “If you look across the political scene, what you see is routine, systematic lawlessness. … We see it in a president who has been breaking the law systematically, as a candidate, as a businessman, and as a president.”

Steyer charged that Trump wants to undermine “the laws of the United States” and conduct an “attack on the rule of law,” although he stopped short of saying Trump was directly responsible for any physical acts of violence.

Tapper pointed out that last year, House Majority Whip Steve Scalise, R-La., was nearly killed when a left-wing gunman shot him and two others with a rifle at a GOP congressional baseball practice. And earlier this month, a Utah man was arrested and accused of attempting to send a crude form of the poison ricin to Trump and to the Pentagon.

“I would say there has been bad behavior on both sides,” Steyer conceded, although he went on to characterize Tapper’s remarks as a “false equivalence” because, he said, Republicans behaved significantly worse. “You can’t find prominent Democrats who are leading chants with violent overtones. … all the kinds of attempts to play to people’s strongest emotions.”

ETHICS COMPLAINT FILED AGAINST DEMOCRATIC REP. MAXINE WATERS AFTER SHE ENCOURAGES SUPPORTERS TO ‘PUSH’ ON REPUBLICANS IN PUBLIC