Fish and Wildlife Service is proposing to downlist the burying beetle, which would allow drilling in Oklahoma and nearby states 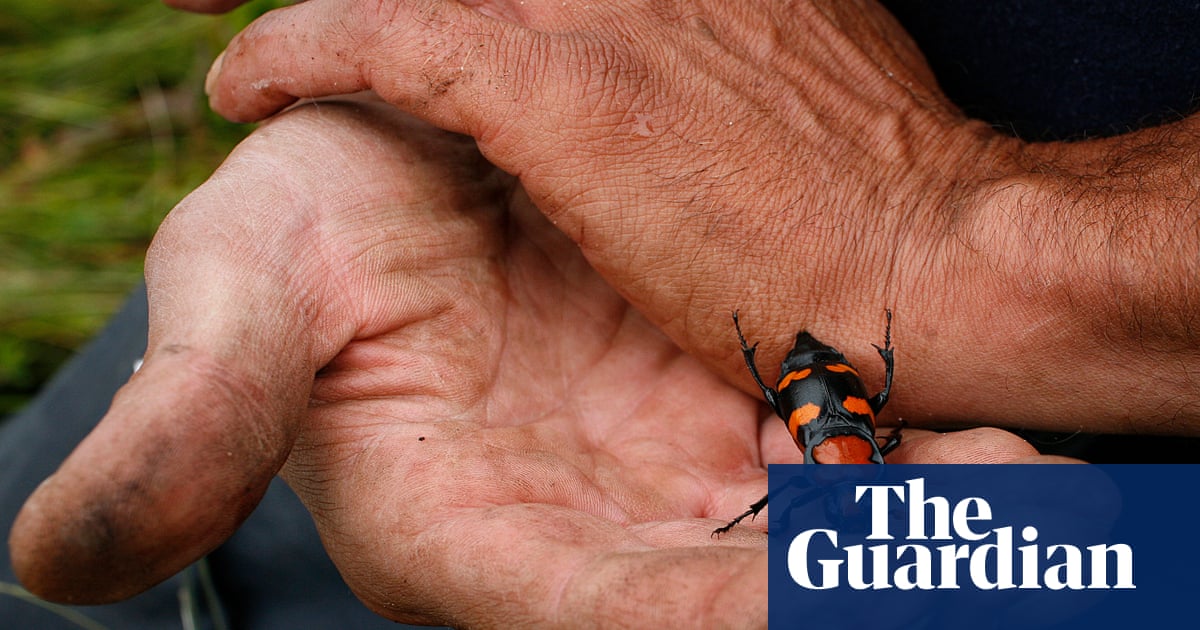 The Trump administration plans to weaken protections for a beetle threatened by extinction from climate change, lifting restrictions on oil and gas drilling in Oklahoma and surrounding states.

The American burying beetle, a shiny black bug covered with orange splotches, feeds it young from carcasses it buries, making it vulnerable to disruptions in soil. The species was listed as endangered in 1989.

The beetle has been reduced to about 10% of its historic range, according to the Fish and Wildlife Service. It was native to 35 US states and has been eradicated from all but nine.

Biodiversity advocates said the proposal is yet another move to benefit industry at the expense of at-risk species. The interior department secretary, David Bernhardt, is a former oil and gas lobbyist.

The Fish and Wildlife Service is proposing to downlist the species, labeling it as threatened rather than endangered. The decision would allow drilling and other industry activity in Oklahoma and parts of Kansas, Arkansas and Texas, with some exceptions in conservation areas. Currently, drillers must obtain permits for any activity that would lead to an incidental taking, or killing of beetles.

Noah Greenwald, endangered species director for the Center for Biological Diversity, said: The science shows the American burying beetle is even more endangered now, yet the Trump administration is severely reducing its habitat protections.

David Bernhardt and his crew are only downlisting these unique beetles to please their oil and gas industry benefactors.

Kevin Stubbs, a biologist for a Fish and Wildlife Services field office in Oklahoma, said the analysis shows that climate change is the overwhelming risk for most of the populations.

The southern portions of the range would have temperatures that we think would exceed their tolerances within about a 10- to 30-year window of time, he said. Beetles living farther north could find their habitats too hot to survive within 50 years, he added.

Stubbs said the Endangered Species Act (ESA) has no clear mechanism for the government to protect species based on the longer-term threats expected from climate change. Those threats include heat, as well as sea-level rise.

There really isnt anything we can do ESA protection-wise to address the climate risk, Stubbs said.

The beetle will only be able to survive farther north after a few more decades of rising temperatures, the science shows.

The service plans to leave some protections in place where the beetle lives in Nebraska and South Dakota and on two islands off the coast of New England. Industries there would need permits to disturb the soil of suitable habitats for the beetle. There would be an exception for ranching and grazing activities.

The Fish and Wildlife Service defended the proposal, noting conservation efforts in the northern habitats and a potential discovery of a burying beetle population in Michigan. A final decision is expected within a year.