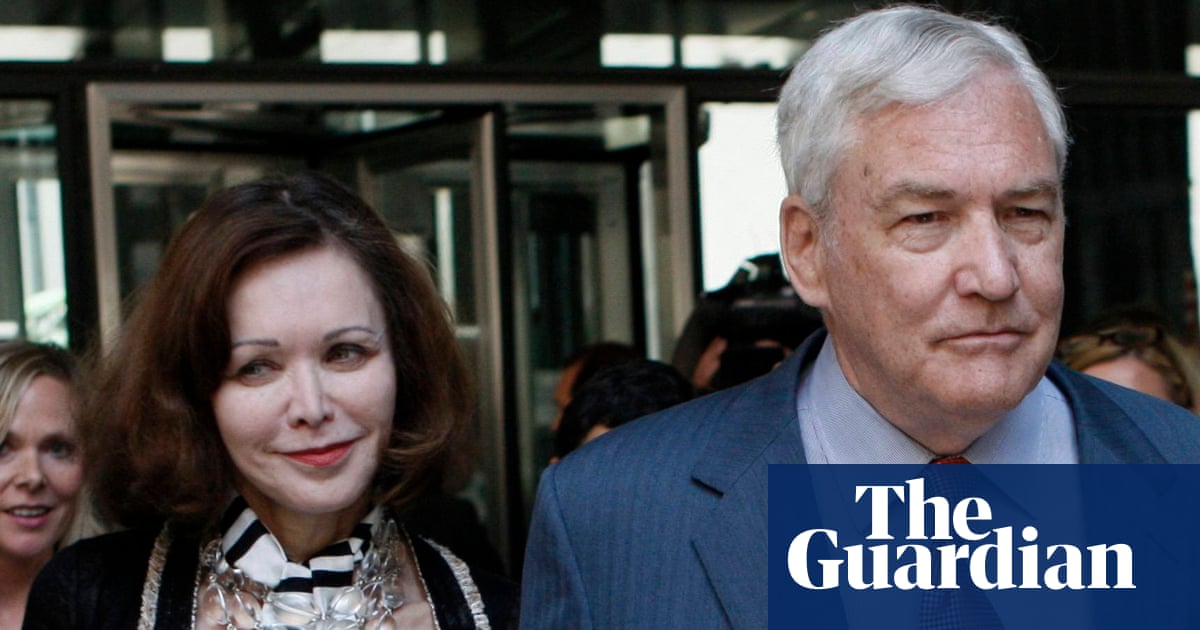 Donald Trump has pardoned Conrad Black, the former media mogul who owned the Daily Telegraph and the Spectator before being jailed for fraud, shortly after he wrote a book praising the US president.

Black, a Canadian-born British citizen, was once known for his extravagant lifestyle as he ran an international newspaper empire that included the Chicago Sun-Times and the Jerusalem Post. But he ended up serving three and a half years in prison after he was convicted in 2007 of siphoning off millions of dollars from the sale of newspapers owned by the company he controlled.

Since leaving jail Black, who is a British peer, has been on a quest to clear his name. Last year he published a book entitled Donald J Trump: A President Like No Other, writing that Trump is not, in fact, a racist, sexist, warmonger, hothead, promoter of violence, or a foreign or domestic economic warrior. He suggested the president had been misunderstood.

Trump called Black personally to deliver the news that he was to receive a full presidential pardon, dubbing him the great Lord Black.

A White House spokesperson said the decision had been made because of Blacks tremendous contributions to business, as well as to political and historical thought, as well as the work he had done supporting fellow prisoners while inside.

Trumps spokesperson said lobbying from people such as the former secretary of state Henry Kissinger, the conservative talkshow host Rush Limbaugh and the singer Sir Elton John had also contributed to the decision. US presidents have the absolute right to pardon individuals convicted of federal offences under the constitution.

Black, who bought the Daily Telegraph in 1986, became a member of the House of Lords in 2001 after being put forward for a peerage by the then Conservative leader, William Hague. He renounced his Canadian citizenship to take the honour, becoming Lord Black of Crossharbour, and sat on the Tory benches until his fraud conviction.

He is currently on a leave of absence from the British parliament but has previously suggested he could return. A House of Lords spokesperson confirmed Black could vote on British laws again if he gave three months notice of his intention to return.

Black has had previous dealings with Trump. Two decades ago he agreed to work with the future president to build a skyscraper on the site of an old Chicago newspaper office. Trump was considered as a potential witness at Blacks fraud trail.

In 2005 at a time when Trump was still an unlikely candidate for the Republican presidential nomination Black wrote a piece entitled: Trump is the good guy. Trump responded by praising Black as one of the truly great intellects and my friend, promising not to forget the article.

Blacks record of lavish spending includes a $42,000 birthday party for his wife. And he is said to have told potential investors who asked why he needed a corporate jet: I can have a 747 if I want.

Black was jailed after being found guilty of conspiring with fellow executives to siphon off funds from the sale of media businesses. Two of Blacks three fraud convictions were later voided, and his sentence was shortened. Black was released from a Florida prison in May 2012 and deported.

He said he thought it was a prank by British tabloid journalists when he received the call from the White House informing him that he was about to be pardoned.

Writing after the pardon in the Canadian National Post newspaper, which Black founded, he said Trump could not have been more gracious and quickly got to the point: he was granting me a full pardon that would expunge the bad rap you got.

Black said Trump had followed his case closely and offered to give evidence at the 2007 trial in Chicago. The president told Black that there would be some controversy over the pardon, but you can handle that better than anyone.

While running the Telegraph, Black jetted around the world between his multiple homes, threw expensive dinner parties, and once attended a fancy-dress event at Kensington Palace with his wife, Barbara Amiel, dressed as Cardinal Richelieu and Marie Antoinette respectively. He no longer controls his media assets, and the Daily Telegraph and Spectator were later sold to the Barclay brothers.

The White House said Blacks case had attracted broad support from many high-profile individuals who have vigorously vouched for his exceptional character.

Formerly the owner of the worlds then third largest newspaper, he is also the author of several notable biographies and works of history, the White House said in a statement announcing the decision. These include comprehensive biographies of Presidents Franklin D Roosevelt and Richard M Nixon, a complete history of Canada, and an impressive essay evaluating how the world would have been different had Japan not attacked Pearl Harbour.