Real estate agents embraced the president as one of their own, with cheers and whistles but also boos when he admitted not paying brokers their percentage 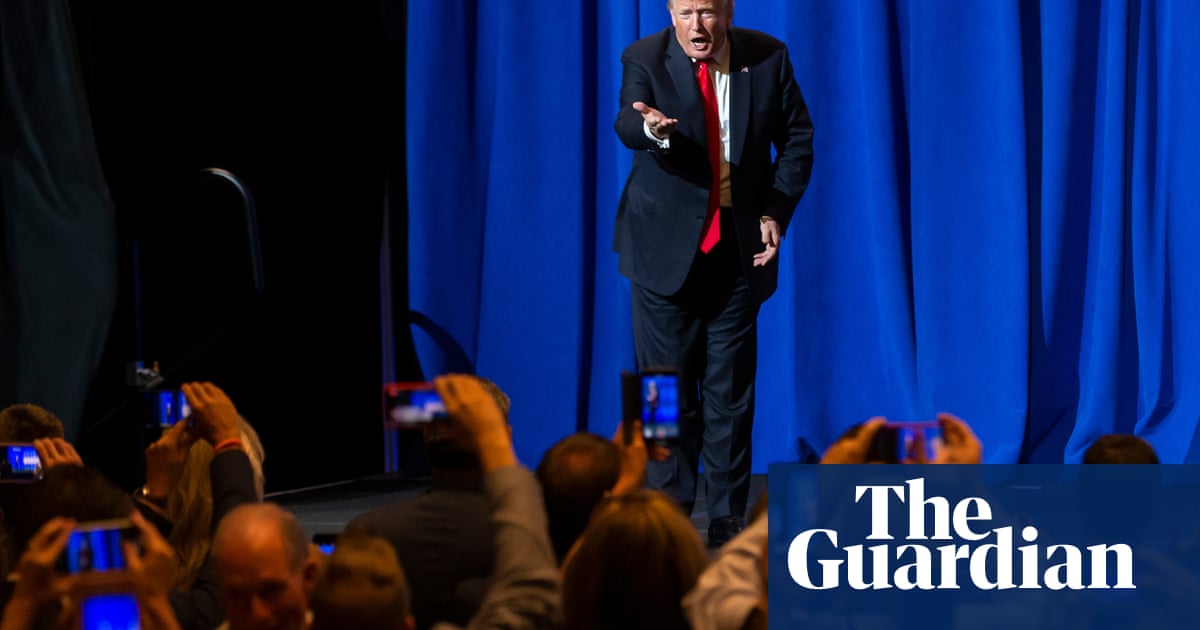 When Donald Trump addresses coalminers, farmers or Christian evangelicals, even ardent supporters would find it hard to claim he is truly one of them. On Friday, however, he was among his own people, transforming a staid hotel ballroom full of middle-class professionals into a rollicking and sometimes nasty campaign rally.

I feel like home realtors, realtors! the billionaire property developer exclaimed at a convention of estate agents in Washington. I love that business Ill never get it out of my blood. Its in our blood, right?

The National Association of Realtors lapped it up with cheers, whistles, standing ovations and chants of USA! USA!

For some, perhaps, there was pride in seeing one of their own take a little sabbatical, as he put it, from his exclusive residence on Pennsylvania Avenue. But more importantly, there was exultation in the perception of a booming economy and money, money, money. While that sentiment holds, it seemed, Trump can do no wrong. Everything is permitted.

Well, almost everything. Diving into nostalgia about his business career, Trump boasted that he paid brokers only 1% instead of 6%. I was famous for that, he said, prompting some boos from the audience. Like a standup comedian who realizes he has gone too far, he was forced to back-pedal: No, no. Dont worry, nobody accepted it. But I tried like hell, Ill tell you.

Soon, however, he was back in gear, playing to what felt like a home audience and therefore his performance was even Trumpier than usual, going off teleprompter because, he said, his speechwriters couldnt possibly know real estate like he does.

Even as president, I ride down those streets and I say Wow! Is that place nice?, Wow! What could you do with that? Look at the site. And then I say, Wait a minute, I have to deal with China, forget about this stuff.

There was a roar of laughter. These events, full of rambling digressions, are often a mix of comedy, grievance and menace. When addressing a packed room full of realtors, perhaps doubly so.

Trump again demonstrated his uncanny ability to tap into resentments that might be better left buried.

The president flattered the crowd, defended his trade tariffs (The European Union, I would say, treats us worse than China), as well as attacking Democrats (stone cold crazy), environmentalists and the fake news media.

The trappings at the Washington Marriott Wardman Park hotel were less partisan and in-your-face than other Washington gatherings where the president speaks, such as the Conservative Political Action Conference or the Values Voter Summit. The agenda included Planning for Opportunity Zone Investments and Who Realtors R: Learn to Tell Your Story.

And yet the Trumpification of such events, and the nation, continues. Nearly an hour before he spoke, loudspeakers played the Rolling Stones, Elton John, Frank Sinatra and others hits familiar from his rallies. Several attendees were sporting Trump caps and Make America great again sweaters. And in a warning to Democrats about the challenge they face in seeking to dislodge him in 2020, conversations quickly turned to the strength of the economy and the presidents business acumen.