Stelter: Trump is still being graded on a curve too often 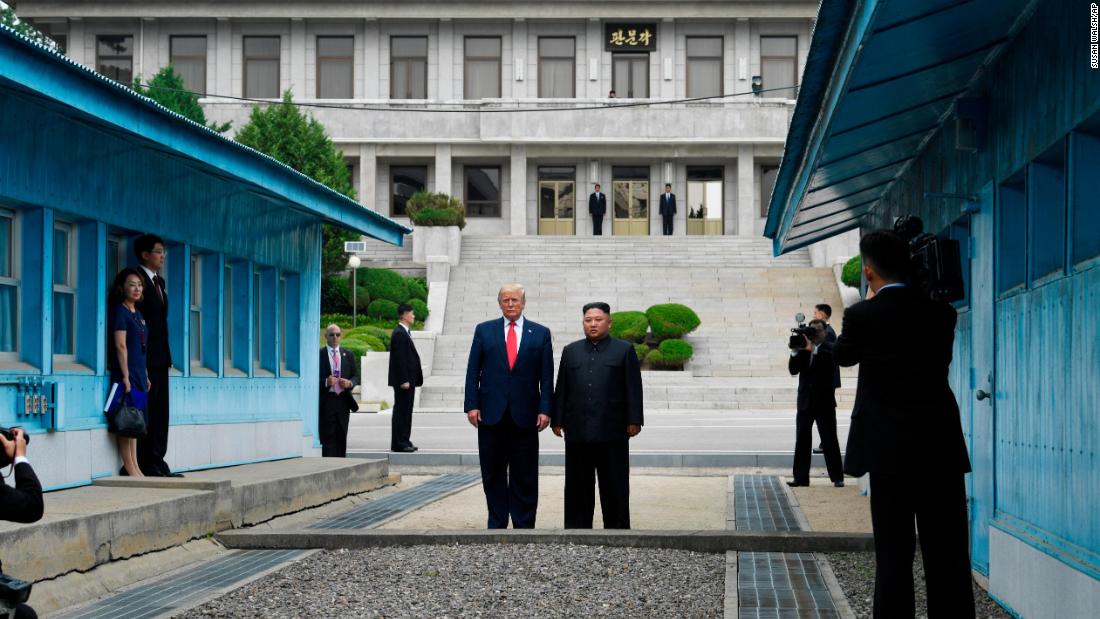 “Routine” is a problem. “Barely merits notice” is a problem. On Sunday’s “Reliable,” I suggested that the media is collectively still grading Trump on a curve — especially versus the Dems who want to take his job.
Examples: During Trump’s travels in Asia, he repeatedly praised autocrats, leading Jim Acosta to ask, “What is it with your coziness with some of these dictators and autocrats at these summits?” To his credit, Trump repeatedly fielded questions from reporters. But, as HuffPost’s Mary Papenfuss wrote, he “appeared to be confounded by the terms school ‘busing,’ as well as Western-style democratic ‘liberalism.'” This was Jonathan Chait’s headline for NYMag: “Trump Thinks Putin’s Attack on ‘Western-Style Liberalism’ Was About California.”
Oh, and Trump called John Bolton “Mike” again.
Some gaffes and misunderstandings matter more than others, of course. But one of my guests, Frank Bruni, expressed a concern that many left-leaning readers and viewers share: That the press will “penalize and vilify Democrats for doing things that Trump does every hour and every minute.”

At the DMZ, the press was on the president’s mind…

Even while taking a historic step into North Korea, President Trump was preoccupied by the media coverage of his trip and his perceived triumph. Jim Sciutto, who anchored CNN’s live coverage from the DMZ early Sunday morning, said Trump made “more comments about the coverage than the moment and its meaning for the two countries.”
This is not new, but it’s still unusual. Here are a few examples of his gripes:
— Sitting with Kim Jong Un: “When I put out the social media notification, if he didn’t show up, the press was going to make me look very bad. So, you made us both look good.“
— Afterward: “When we put out that notice, knowing the press, like I do, if he had decided not to come, you would have hit me. You would have hit me hard.”
— “I mean, you don’t report it accurately, but that’s okay. Someday history will record it accurately.”

Trump says the press has “no appreciation”

Amid all of this, WaPo’s David Nakamura tweeted: “Trump thinks so much about the media and his image. He wants a grab for history. He should [choose] his words carefully at this moment in the DMZ. Instead he says: ‘I say that for the press, they have no appreciation for what is being done, none.’ Purely tactical, as always.
That “no appreciation” comment, BTW, was followed by a blatant misrepresentation. Trump claimed “there was great conflict here prior to our meeting in Singapore. After our first summit, all of the danger went away.”
Earlier in the day, Margaret Talev with Bloomberg News did her best to inject some truth. In a question at a joint presser, she brought up the second summit, in Hanoi, and said “nothing has substantively changed since Hanoi. North Korea has tested short-range missiles. Why does Kim Jong Un deserve this moment?” Trump deflected by saying “We’ve made tremendous strides. Only the fake news says they weren’t.” And later: “We are so far advanced from where we were two and a half years ago that it’s always insulting. And I think it’s why the press, frankly, has lost such credibility. They’ve lost such credibility.”
Around and around we go…

Bottom line: Was it anything more than a stunt?

That’s the question heading into Monday morning. A stunt? A really expensive photo op? Or something more? On “Reliable,” Bruni, Katie Rogers, and Bianna Golodryga discussed the coverage and Trump’s praise for autocrats who oppose press freedom. Bruni called out Trump’s talk about feeling “honored” to be with Kim: “It is not an honor to be there with a brutal, murderous dictator…”

— Betsy Klein and Kaitlan Collins’ latest: “Ivanka Trump: Adviser, daughter, and, this week, diplomat” (CNN)
— In Trump’s dealings with North Korea, the “common element was that the drama played out on live television, and the president played the starring role,”David Nakamura writes… (WaPo)
— Read more of Sunday’s “Reliable Sources” newsletter… And subscribe here to receive future editions in your inbox…
— Shannon Liao reports: “A Canadian cartoonist’s illustration of President Trump playing golf over the bodies of two drowned migrants went viral Wednesday. Two days later, Michael de Adder said on Twitter that he had been let go by a publishing company in New Brunswick, Canada…” (CNN)