The president railed against the congresswoman at his North Carolina rally, targeting her refugee status, religion and ethnicity 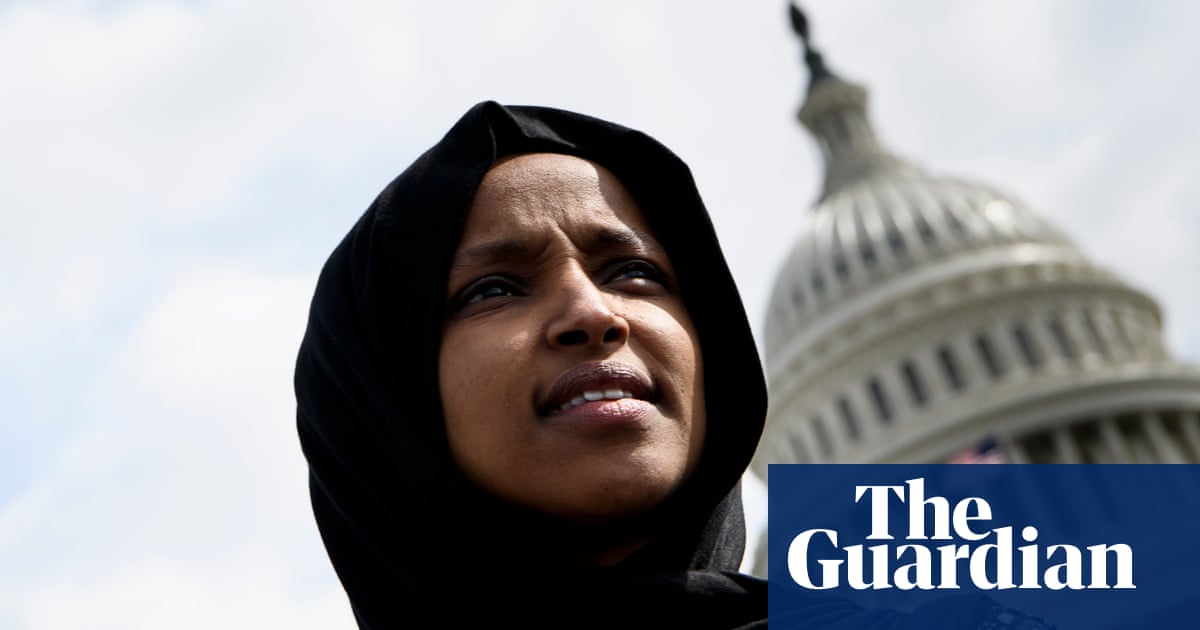 The framing of his attacks on Omar often targeted her refugee status, religion and ethnicity, and reveal how much the president is willing to bend the truth to make it seem that Omar is an enemy of the United States.

What Trump said: Representative Omar blamed the United States for the terrorist attacks on our country, saying that terrorism is a reaction to our involvement in other peoples affairs.

Facts: Trumps main fuel for his tirades against Omar stems from her criticism of Americans for their discrimination against Muslims.

Much of the material Trump cites, often without context, comes from a 2013 interview for a local Minnesota talkshow. During the interview, Omar never discusses a love for al-Qaida or other terrorist organizations (she frequently refers to them as evil and heinous), but criticizes Americans for confounding all Muslims with terrorism.

While Omar does not blame the US for terrorist attacks, she has often argued that Americans insist on looking past their own role in the conflict in the Middle East that has fuelled the formation of terrorist groups in the region.

Nobody wants to think of how these are byproducts of the actions of our involvement in other peoples affairs, she has said.

Facts: Trumps answer was prompted by a reporter at a press conference before Trumps rally who asked, is your administration going to possibly look into immigration frauds committed by Ilhan Omar by possibly marrying her brother.

Trump added fuel to a rumor, created by conservative bloggers and spread during her 2018 congressional campaign, that Omar who became a US citizen in 2000 once married her brother to commit immigration fraud.

The rumor is born from Omars complicated marital history. She applied for a marriage license with her husband, Ahmed Abdisalan Hirsi, in 2002. Though a license wasnt given, she said they were married in accordance with their faith traditions. She had two children with Hirsi before their relationship ended in 2008.

In 2009, she married Ahmed Nur Said Elmi, a British citizen, according to a marriage certificate. She said her relationship with Elmi ended in 2011, and she reunited with Hirsi in 2012. Her divorce with Elmi was legally finalized in 2017, and she married Hirsi again last year.

Omar has denounced the accusation that Elmi is her brother as disgusting lies. Insinuations that Ahmed Nur Said Elmi is my brother are absurd and offensive, Omar said in a statement in 2016.

What Trump said: She smeared US service members involved in Black Hawk Down. in other words, she slandered the brave Americans that were trying to keep peace in Somalia.

Facts: Trump here refers to a tweet from Omar in 2017 that resurfaced in conservative media outlets this spring.

The tweet is Omars response to a person who, in light of a bomb attack that killed more than 230 people in Somalias capital, argued that the worst terrorist attack in the country was when 19 Americans died in combat during the 90s when the US troops raided the capitol (the raid inspired an American war film titled Black Hawk Down).

In his selective memory, he forgets to also mention the thousands of Somalis killed by the American forces that day! #NotTodaySatan Omar tweeted.

The number of Somalis that were killed that same day is unclear some sources say it could be in the thousands, other say in the hundreds. Eighteen American soldiers were killed and 73 were injured.

On the Islamic State

What Trump said: She pleaded for compassion for Isis recruits attempting to join the terrorist organization. She was looking for compassion.

Facts: Trump leaves out context here again. In this statement, he implies that Omar has compassion for terrorists.

What he is referring to is a letter Omar sent to a Minnesota judge in 2016 pleading that he take a restorative approach to justice when sentencing six young men who were charged with plans to join Isis.

The judge sentenced the men to more than 30 years in prison.

What Trump said: Omar blamed the US for the crisis thats happening in Venezuela.

Facts: Trump pushed Omars statement to its extremes.Omar said the US helped to set the stage for the conflict of Venezuela through sanctions and intervention.

A lot of the policies that we have put in place has kind of helped lead to the devastation in Venezuela, Omar said in May.

The vice-president, Mike Pence, said Omar was backing socialism over freedom through her comment.

In response to Pence, Omar wrote on Twitter that just as in interventions past, those who opposed war are labeled supporters of dictators and haters of freedom.