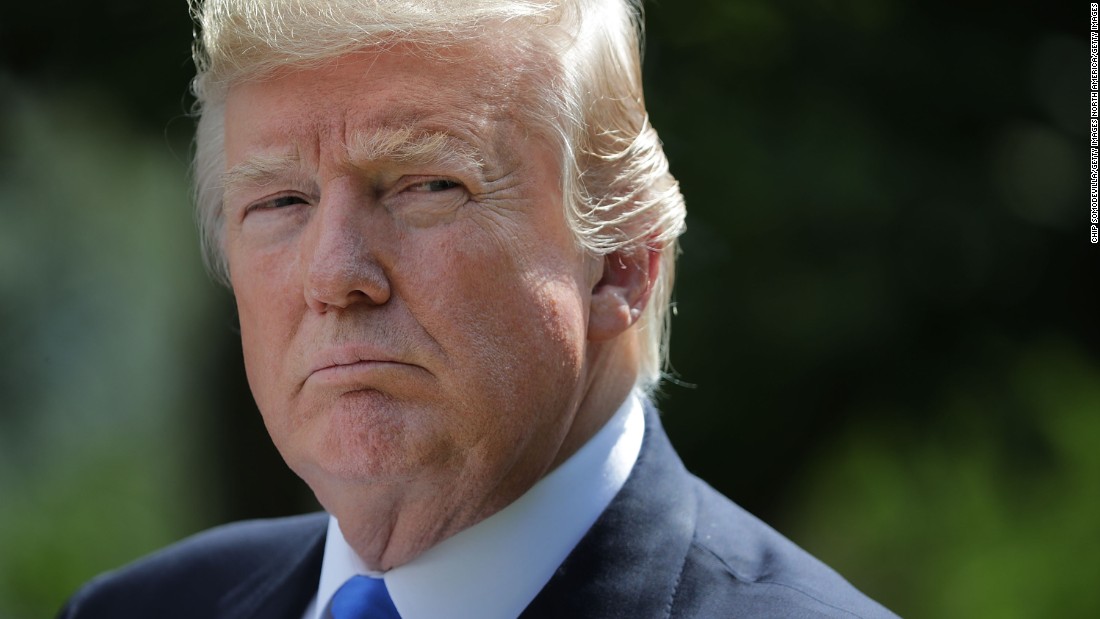 Washington (CNN)President Donald Trump called out Russian President Vladimir Putin by name on Sunday for backing Syrian President Bashar al-Assad and warned of a “big price” after reports of a chemical weapons attack in Syria almost a year to the day since the US struck a Syrian air field after a previous attack.

He continued, “….to pay. Open area immediately for medical help and verification. Another humanitarian disaster for no reason whatsoever. SICK!”
Trump’s tweet about Putin apparently marks the first time the President has publicly attacked the Russian leader by name. Trump also pinned blame for the situation on former US President Barack Obama’s Syria policies.
“If President Obama had crossed his stated Red Line In The Sand, the Syrian disaster would have ended long ago! Animal Assad would have been history!” Trump tweeted.
Vice President Mike Pence said in a tweet later Sunday morning that he and Trump were “monitoring the likely chemical attack” and echoed Trump’s language about potential consequences.
“.@POTUS & I closely monitoring likely chemical attack in Syria. We condemn in the strongest possible terms the assault on innocent lives, including children. The Assad regime & its backers MUST END their barbaric behavior. As POTUS said, big price to pay for those responsible!” Pence tweeted.
Syrian activist groups on Saturday said toxic gas inside barrel bombs dropped from helicopters over a rebel-held city in Syria killed dozens of civilians and wounded scores more. Syrian state news said an “official source” denied the allegations.
In the early hours of Monday morning, Syria State TV reported that “several missiles” had been fired at the T4 air base in Homs, in the country’s west, adding that it was “likely an attack by the US.” The Pentagon issued a statement Sunday denying it was conducting air strikes in the region. 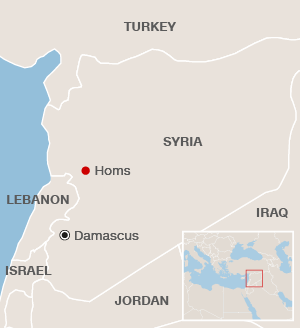 National Security Council principals will hold a “small group” meeting to discuss Syria on Monday afternoon, led by John Bolton on his first day as White House national security adviser, two administration officials told CNN.
A small group meeting is typically held to discuss options for the President, one of the officials said.
Trump also spoke with Iraqi Prime Minister Haider Al-Abadi, according to a White House readout. The pair discussed the “situation in Syria and the alarming reports of possible chemical attacks near Damascus,” as well as the countries’ continued fight against ISIS, the White House said.
The United Nations Security Council will hold an emergency meeting Monday on the alleged chemical weapons use, the US mission to the United Nations announced. Russia has requested a separate Security Council meeting later in the day, two UN diplomats told CNN.
In April of last year, the US launched tomahawk missiles at a Syrian air base as the US and others accused Assad’s forces of perpetrating a deadly chemical weapons attack, which the Syrian military denied.
Speaking on ABC’s “This Week” in an interview taped prior to the President’s tweets, White House homeland security adviser Tom Bossert said he was struck by the “timing” of the reported attack, around the anniversary of last year’s missile strike. He said the President and his advisers had been discussing the strike and would not rule out another one.
“I wouldn’t take anything off the table,” he said.

The Russian Foreign Ministry issued a statement on Sunday calling the reported chemical attack a “hoax” and an “information attack” aimed at shielding “terrorists.”
“Information attacks about the use of chlorine or other poisonous substances by the Syrian government troops are continuing. Another such hoax about the chemical attack that supposedly took place in Douma emerged yesterday,” the statement said.
“We have warned of such dangerous provocations many times before. The purpose of these false conjectures, which are without any basis, is to shield the terrorists and the irreconcilable radical opposition, which reject a political settlement while trying to justify possible military strikes from outside,” it added.
“It is necessary to warn once again that using far-fetched and fabricated pretexts for a military intervention in Syria, where Russian servicemen are deployed at the request of the legitimate government, is absolutely unacceptable and can lead to the most serious consequences,” the statement continued.

Stéphane Dujarric, spokesman for UN Secretary General António Guterres, said in a statement Sunday that Guterres was “deeply concerned” about the violence and called for “all parties to cease fighting.”
“The Secretary-General is particularly alarmed by allegations that chemical weapons have been used against civilian populations in Douma,” the statement continued. “While the United Nations is not in a position to verify these reports, the Secretary-General notes that any use of chemical weapons, if confirmed, is abhorrent, and requires a thorough investigation.”
Trump’s tweets on Sunday against Assad and his key allies would mark another pivotal moment in the United States’ winding position regarding the Syrian civil war.
Trump has said in recent weeks that he wants the US to leave Syria soon, despite the ongoing missions to fight ISIS and support some rebel forces. A top general nevertheless said on Thursday that Trump had not given a “specific timeline” for bringing troops home as the anti-ISIS campaign continues.
Maine Republican Sen. Susan Collins said in an interview Sunday on CNN’s “State of the Union” that Trump “is going to have to reconsider his plan for an early withdrawal in light of what has happened.”
She also said the US should consider another strike on Syria and called for increased economic pressure on Russia.
“Last time this happened, the President did a targeted attack to take out some of the facilities,” Collins said. “That may be an option that we should consider now, but it is further reason why it is so important that the President ramp up the pressure and the sanctions on the Russian government, because without the support of Russia, I do not believe that Assad would still be in office.”
Republican Sen. John McCain, of Arizona, said in a statement Sunday that Trump’s withdrawal comments had emboldened Assad and his Russian and Iranian allies.
“President Trump last week signaled to the world that the United States would prematurely withdraw from Syria,” McCain, the chairman of the Senate Armed Services Committee, said. “Bashar Assad and his Russian and Iranian backers have heard him, and emboldened by American inaction, Assad has reportedly launched another chemical attack against innocent men, women and children, this time in Douma.”
“President Trump was quick to call out Assad today, along with the Russian and Iranian governments, on Twitter,” McCain added. “The question now is whether he will do anything about it. The President responded decisively when Assad used chemical weapons last year. He should do so again, and demonstrate that Assad will pay a price for his war crimes.”

A ‘red line’ on chemical weapons

Obama famously warned in 2012 against the use of chemical weapons in Syria, calling that “a red line” that would lead to a US military response.
In 2013, the US and its allies accused Assad’s forces of perpetrating a chemical weapons attack. After the United Kingdom’s Parliament voted not to join potential military action against Assad’s forces, and as Obama deferred to Congress before ordering a US response, Russia and the United States announced a framework agreement to eliminate Syria’s chemical weapons.
Trump himself warned Obama against striking Syria in 2013, but later would rail against Obama for his “red line” on Syria, as he did on Sunday.
Before the alleged chemical weapons attack last year, the Trump administration signaled an openness to Assad staying in power as the protracted civil war raged on. But last April, the US opted to strike a Syrian air field in response to the attack. The US-led coalition fighting ISIS in Syria said in February it had carried out strikes against pro-Assad forces in “self-defense.”
In March, the Syrian civil war entered its eighth year.