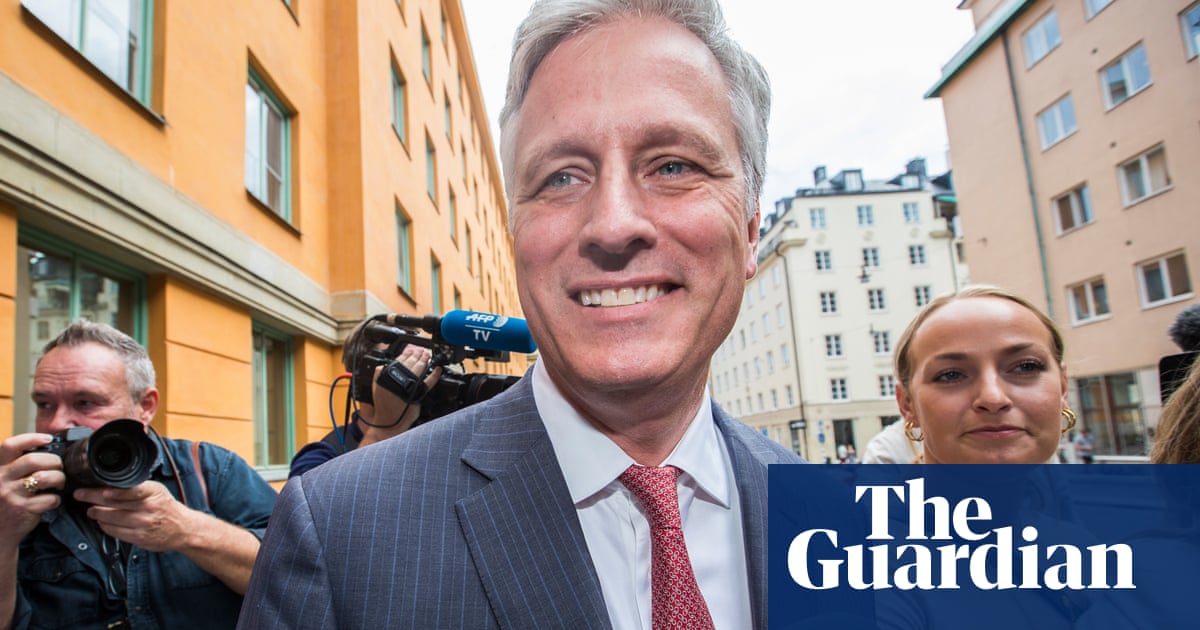 Donald Trump has appointed the state departments chief hostage negotiator whose most prominent international role until now was monitoring the Swedish trial of the US rapper A$AP Rocky to be John Boltons successor as national security adviser.

Unlike his firebrand predecessor, Robert OBrien is seen as a low-profile loyalist, and his appointment is widely viewed in Washington as a win for the secretary of state, Mike Pompeo, who had competed with Bolton for the presidents ear.

The president said he had been impressed with OBriens work on extracting Americans illegally held abroad.

Hes worked with me for quite a while now on hostages. And weve got a tremendous track record with respect to hostages, Trump said, adding that he had brought a lot of people back home without having to spend any money.

OBrien, who was in the presidents plane on the way to California, said: We look forward to another year and a half of peace through strength. Weve had tremendous foreign policy successes under President Trumps leadership. I expect those to continue.

OBrien made a rare appearance in the headlines when Trump sent him to Stockholm to monitor the trial of A$AP Rocky, a political stunt that infuriated the Swedish government.

When the court released the rapper and two of his associates, before finding them guilty, OBrien declared it a very good night for the United States of America and for the Kingdom of Sweden.

OBrien, a Mormon, was a campaign adviser to Mitt Romney, but has been unstintingly loyal to Trump, careful to credit him with any hostage successes.

In April, Trump quoted OBrien as saying: President Donald J Trump is the greatest hostage negotiator that I know of in the history of the United States. 20 hostages, many in impossible circumstances, have been released in last two years. No money was paid.

The White House later insisted the quote had come from OBrien, who had said Trump had unparalleled success in bringing home hostages.

Trump, after enduring the Bolton experience, clearly has no use for a strong personality or ideologue in the National Security Adviser position. Pompeo may not be dual-hatted as secretary of state and NSA, but he might as well be with this arrangement, a former national security council spokesman, Ned Price, said on Twitter.

Before the Trump administration, OBrien had a largely low-key government career. George W Bush sent him as a representative to the UN general assembly in 2005 and he was involved judicial reform in Afghanistan in the last year of the Bush administration.

In 2016, he published a collection of hawkish essays on foreign policy, titled While America Slept: Restoring American Leadership to a World in Crisis, which was heavily critical of the Obama administration.

It denounced the 2015 nuclear deal with Iran as appeasement, and OBrien derided the Obama approach as leading from behind. He claimed that peak political correctness in the west had held governments back in the fight against Isis.

Being the leader of the free world does not mean being the policeman of the entire world, he wrote. It does mean that America should use its moral authority to promote the idea of free men and women and free markets for the betterment of the world.

The books rhetoric positions OBrien as a traditional Republican hawk a straightforward match with Pompeo, but not necessarily an easy fit with Trump.

The initial reaction among Washington diplomats is that OBrien is likely to restore the interagency decision-making process that Bolton sought to destroy by cutting down principals meetings of department heads. In the new set-up, however, Pompeo is likely to have a dominant role.

In contrast to the acerbic Bolton, OBrien seems to be able to get along with people of different political stripes.

Andrew Exum, a former senior official in the Obama defence department, tweeted that OBrien is a really, really good person and that I wish him all the best in what will certainly be a challenging role.