Despite being subjected to a daily diet of Trump headlines, I was unprepared for the presidents alarming incoherence 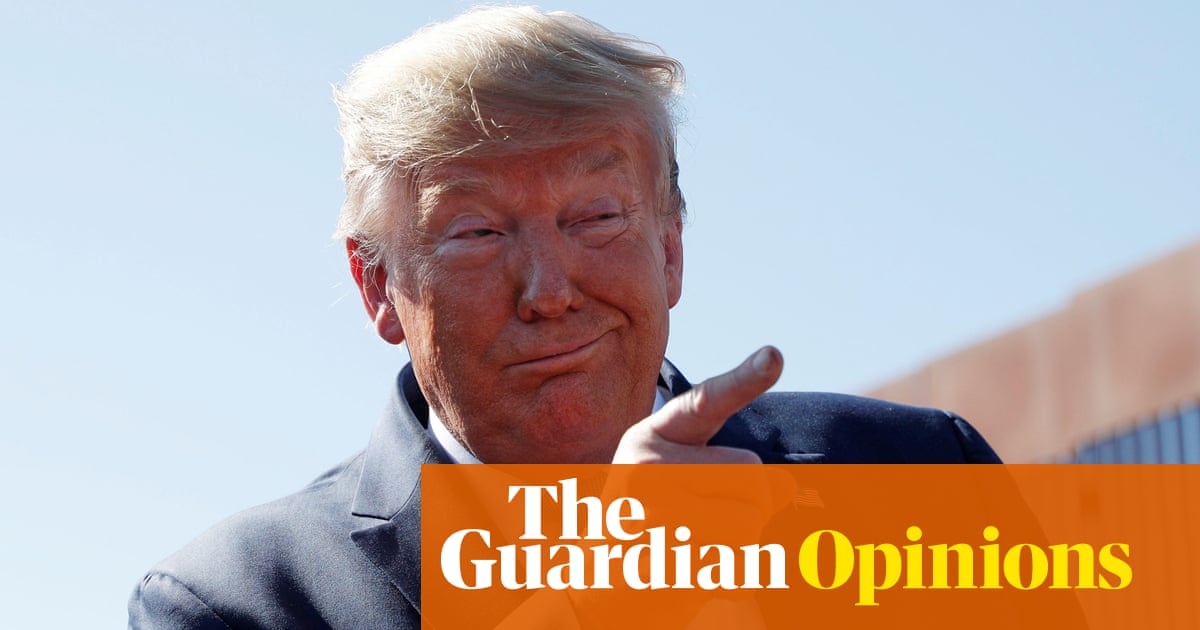 As a political reporter for most of the last 30 years I have also endured many long and rambling political press conferences with Australian prime ministers and world leaders.

But watching a full presidential Trump press conference while visiting the US this week I realised how much the reporting of Trump necessarily edits and parses his words, to force it into sequential paragraphs or impose meaning where it is difficult to detect.

The press conference I tuned into by chance from my New York hotel room was held in Otay Mesa, California, and concerned a renovated section of the wall on the Mexican border.

I joined as the president was explaining at length how powerful the concrete was. Very powerful, it turns out. It was unlike any wall ever built, incorporating the most advanced concrete technology. It was so exceptional that would-be wall-builders from three unnamed countries had visited to learn from it.

There were inner tubes in the wall that were also filled with concrete, poured in via funnels, and also rebars so the wall would withstand anyone attempting to cut through it with a blowtorch.

The wall went very deep and could not be burrowed under. Prototypes had been tested by 20 world-class mountain climbers Thats all they do, they love to climb mountains, who had been unable to scale it.

It was also wired, so that we will know if somebody is trying to break through, although one of the attending officials declined a presidential invitation to discuss this wiring further, saying, Sir, there could be some merit in not discussing it, which the president said was a very good answer.

The wall was amazing, world class, virtually impenetrable and also a good, strong rust colour that could later be painted. It was designed to absorb heat, so it was hot enough to fry an egg on. There were no eggs to hand, but the president did sign his name on it and spoke for so long the TV feed eventually cut away, promising to return if news was ever made.

He did, at one point, concede that would-be immigrants, unable to scale, burrow, blow torch or risk being burned, could always walk around the incomplete structure, but that would require them walking a long way. This seemed to me to be an important point, but the monologue quickly returned to the concrete.

In writing about this not-especially-important or unusual press conference Ive run into what US reporters must encounter every day. Ive edited skittering, half-finished sentences to present them in some kind of consequential order and repeated remarks that made little sense.

In most circumstances, presenting information in as intelligible a form as possible is what we are trained for. But the shock I felt hearing half an hour of unfiltered meanderings from the president of the United States made me wonder whether the editing does our readers a disservice.

Ive read so many stories about his bluster and boasting and ill-founded attacks, Ive listened to speeches and hours of analysis, and yet I was still taken back by just how disjointed and meandering the unedited president could sound. Here he was trying to land the message that he had delivered at least something towards one of his biggest campaign promises and sounding like a construction manager with some long-winded and badly improvised sales lines.

Id understood the dilemma of normalising Trumps ideas and policies the racism, misogyny and demonisation of the free press. But watching just one press conference from Otay Mesa helped me understand how the process of reporting about this president can mask and normalise his full and alarming incoherence.